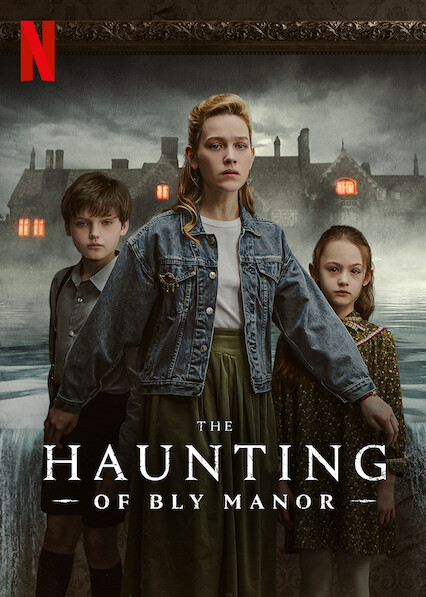 The follow-up to the surprise hit The Haunting of Hill House from horror guru Mike Flanagan retains Flanagan as showrunner but tells an entirely new story with a new cast of characters. The nine-episode series is an adaptation of Henry James’ gothic novella The Turn of the Screw, about a governess hired to care for two young children at a sprawling country manor in England who comes to believe that the house is haunted.

That said, if Flanagan’s adaptation of Shirley Jackson’s The Haunting of Hill House was any indication, the show is going to take substantial liberties with James’ original story. (I mean that in a good way, as Flanagan’s Hill House was both profoundly creepy and moving.) The trailers so far have been appreciably spooky and vague, promising me ghosts without giving too much of the story away. In addition, Bly Manor’s cast reunites Hill House actors Victoria Pedretti, Oliver Jackson-Cohen, Henry Thomas, and Kate Siegel, which is just another reason I intend to binge the whole season the instant it becomes available next week.

That’s why we break down each month’s info dump with a few recommendations for what to keep on your radar.

October brings a host of spooky and spoopy movies and shows to Netflix, including The Haunting of Bly Manor, Rebecca, Hubie Halloween, and Vampires in the Bronx. Spooky stuff not for you? That’s a-okay. Emily in Paris brings a Midwestern gal to the City of Love; Kipo and her friends face their greatest opponent yet in the series finale of Kipo and the Age of Wonderbeasts; and a young girl journey’s to the moon in acclaimed animator Glen Keane’s theatrical debut Over the Moon. As for licensed movies and shows, get ready for season 6 of Schitt’s Creek, spoopy Laika film ParaNorman, and Food Wars!: Shokugeki no Soma among other things,