NOTICE: Quicken Windows 2012 and later has a new feature, it can import a QXF file directly from QEM, and as such you can export/import your data directly between these two, so you don't need ImportQEM for that. If on the other hand you want to import into another version of Quicken through a CSV to QIF, or if you just need a QIF file for some other reason ImportQEM can still be used.
Quicken Windows 2013 the QXF was partially broken where you have to struggle to fix the categories
Quicken Windows 2014 the categories are totally scrambled, so if you have to convert to Quicken Windows 2014 this procedure below is probably the only way you can do it if you don't have any access to Quicken Windows 2012/2013.
Quicken Windows 2015 One user reported having success using the QXF import, but others the categories completely messed up. Bottom line, try and see if it works for you and if not you can try the procedure below.
Quicken Windows 2016 A user has reported that the QXF import has been improved over 2012 thru 2015, including support for some investment account types in Quicken Mac 2005/2006, but in my testing I have not found that it imports any investment accounts. You probably should try it first. If that doesn't work you can try the procedure below.
Quicken Windows 2017 I don't see any change in the behavior from Quicken 2016.
Quicken Windows 2018 I don't see any change in the behavior from Quicken 2017 as far as the QXF import goes. The QIF import has been 'damaged', but for this use case it should work except that all the transactions go right into the register without asking. Hopefully that is OK for this use case, but I have not tested it. See this (you might want to select ME-TOO): Quicken Forum Thread
Note the procedure below doesn't include any investment accounts.
UPDATE: It has been noted that in some cases the 'category scrambling' with the QXF import will clear up after you restart Quicken. So try restarting before giving up on it.
Warning! In Quicken Windows 2015 there is a memory leak problem with the QIF import, and you can only Accept (from the Downloaded Transactions tab) a few hundred transactions before it either hangs or crashes.
ImportQEM is now freeware.
Requirements
ImportQEM has been tested on Quicken 2005-2018 US, Windows 10, 8.1, 8, 7, XP, but it should also work on Vista.
ImportQEM converts a CSV file with transaction data from Quicken Essentials for Mac to a QIF file that then can be imported into Quicken for Windows or Quicken Mac 2007.
Since the first step is to export a CSV file from Quicken Essentials please see these steps in the documentation to get started.
Don't try to do this without reading the documentation for at least the parts on exporting from Quicken Essentials/Mac and running ImportQEM.
Here is the full documentation.

See a step-by-step tutorial at the Transactions app (https://www.propersoft.net/products/transactions). QFX2CSV: Convert QFX to CSV/Excel and import into Excel. Excel Details: It creates CSV/Excel files ready to import into Excel, Quicken for Mac, Intuit Quickbooks Online. No data entry: convert data you already have in bank, credit card or investment transactions file format to the CSV/Excel format. 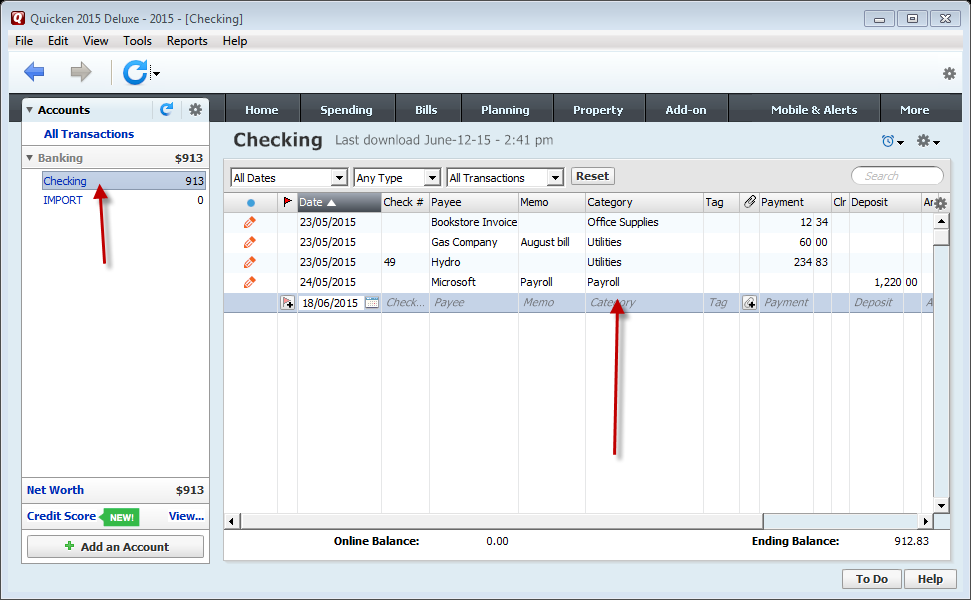