The below game article is based on user submitted content.
See a mistake? Want to contribute? Edit this game article on Github

No issues have been reported for this game.

No savefiles have been uploaded for this game.

Name: Pokemon Rutile Ruby decrypted Citra
Remake from: Pokemon Omega Ruby version
Remake by: Dio_Vento
Source - credit: Click here!
Description:
Pokémon Rutile Ruby and Star Sapphire are romhacks of Pokémon Omega Ruby and Alpha Sapphire. Their main purpose is to provide a more challenging game experience while not artificially limiting the player. The premier feature of Rutile Ruby and Star Sapphire is the ground-up redesign of Pokémon Trainers in the world to increase the game's challenge. Every trainer in the game has been edited, and the level curve expects use of the Experience Share, which means that you level up very quickly. You should be hitting Level 100 by the time you get to the Elite Four.
The secondary focus of RR/SS is to function as a sort of '20XX Hack Pack' where everything obtainable is 100% legal for real online battles, and some features are designed to make preparing competitive teams much less of a hassle.
As of Version 2.0, there are three builds available of RR/SS! They only differ in Wild Pokémon availability:
Legit Build: All Wild Pokémon are 100% legit for trade and will not appear as 'hacked' by any legitimacy testers. Post-game foreign Pokémon are unlocked from the start, and rarities and Hordes are adjusted.
Leveled Build: Wild Pokémon are the same as in the Legit Build, but are leveled up to keep pace with RR/SS's harsh level curve. A quick adjustment in PKHeX (editing Met Level) will make them 100% legit.
679 Build: Wild Pokémon are altered so that every non-Legendary non-Starter species is available, at the same level as the Leveled Build. Legendary encounters are not changed in this or any Build. Click here for the list of altered encounter tables.
Trainer Changes
Harsher Level Curve: Balanced to the EXP Share!
All-New Trainer teams, many featuring six Pokémon! Even the rematches have been edited!
All Gym Leaders have six Pokémon!
Trainers throughout the game have access to Mega Evolution!
Alternate Battle Types are more common in the world!
The level curve is drastically steeper. The game is balanced around use of the EXP Share, which allows for explosive growth. For example, the average level for Wattson’s team is Lv41. The player is expected to hit Level 100 at around the eighth Gym badge. Disabling the EXP share is not recommended.
While grinding is always possible, the curve is such that you’ll be approximately even with (or slightly under) all enemy levels if you complete the optional content such as side routes. If you skip fights, you'll probably be underleveled!
Conversely, you might find yourself overleveled if you use the Lucky Egg, Experience Gain O-Powers, and/or the Trade Bonus. 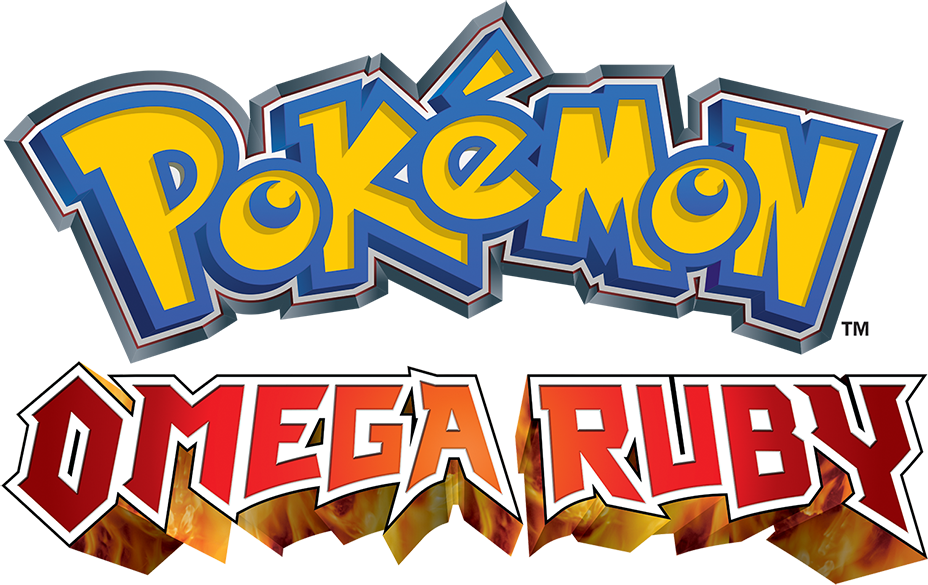 All trainers’ teams have been changed to provide greater challenge. This isn’t just a global “level buff”, each team was individually created. They often have very different Pokémon than in OR/AS. Rematches have also been completely changed, with all Rematch trainers eventually getting six Pokémon.
All Gym Leaders have six Pokémon. Starting with Wattson, they also each have a Mega Evolution.
Trainers battled throughout the game might also have Mega Evolutions.
Double Battles are more common in the world.
Rotation, Triple, and Horde Trainer battles are found in the world.
Throughout the course of the game, you’ll see every fully-evolved Pokémon in the teams of enemy trainers. You’ll also see every Mega Evolution.
Since you can’t just rely on being overleveled, it is recommended to EV train your team using Super Training or Horde Training. The hack makes it easier to do these methods in the early game.
Wild Pokémon Changes

Post-game Foreign Pokémon are available from the beginning of the game!
Rarity within areas adjusted
Hordes optimized for painless and early EV training!
Lots more Wild Hold Items!
Everything caught in the Legit Build is 100% legit for trade!
Pokémon caught in the Leveled Build just need a Met Level adjustment to become 100% legit!
Almost every Pokémon is available in the 679 Build! The only ones missing are the Kanto and Kalos starters and any legendaries not available in OR/AS.
In the Legit and Leveled Builds, wild encounters for each map are the ones usually unlocked post-game. You won’t need the DexNav to find them.
Anything caught within the Legit Build is completely legitimate and trade-ready. Anything caught in the Leveled Build just needs a quick touch-up in PKHeX to become trade-ready.
Pokémon Locations in the 649 Build are available here.
Naturally “rarer” species in areas have had their rarity adjusted. Zigzagoon, Wingull, and friends now occupy the rarest encounter chances, and the more unique, fun Pokémon like Absol and Ralts are now as common as a Zigzagoon or Linoone would have been.
Horde encounters are optimized to allow painless and early EV grinding. Other Hordes have also been changed.
Speed: Route 101 Zigzagoon (100%)
Special Attack: Route 102 Ralts (100%)
HP: Route 103 Shellos (100%)
Defense: Route 104 (South) Sewaddle (100%)
Attack: Route 104 (North) Chatot (100%)
Special Defense: Route 116 Eevee (100%)
Wild Hold Items are more common in the following ways.
Every species is now capable of holding at least one item in the wild.
Every species that has a Mega Evolution in its line has a 50% chance of holding its Mega Stone in the wild.
Magikarp holds Heart Scales 50% of the time. It holds Gyaradosite 6% of the time.
The six Power Items are available early on for ease of EV training. They are found 50% of the time attached to the following Wild Pokémon.
Zigzagoon (Power Anklet)
Whismur (Power Weight)
Wurmple (Power Lens)
Geodude (Power Belt)
Poochyena (Power Bracer)
Tentacool (Power Band)
Pokémon that evolve through use of a hold item have a chance to hold that item in the wild.
The 11 Fossils are now held by wild Pokémon 50% of the time:
Dome Fossil: Krabby, Kingler
Helix Fossil: Slugma, Magcargo
Old Amber: Oddish, Gloom, Vileplume, Bellossom
Root Fossil: Bonsly, Sudowoodo
Claw Fossil: Sandshrew, Sandslash
Skull Fossil: Duskull, Dusclops, Dusknoir
Armor Fossil: Shelmet, Escavalier
Cover Fossil: Torkoal
Plume Fossil: Vullaby, Mandibuzz
Jaw Fossil: Seviper, Mightyena
Sail Fossil: Helioptile, Heliolisk, Frillish, Jellicent
Item Changes
Less useless junk in Poké Marts!
Sacred Ash available in addition to Revive. Revives cost much more, to discourage their use in battle (Sacred Ash is unusable during battle).
Competitive consumables are available in standard Poké Marts!
Slateport Market is now the go-to place to purchase competitive items like Leftovers and Life Orbs.
The Pickup table has been drastically buffed.

Standard Poké Marts no longer stock Antidote and other single-status relief items or Repels less than the Max Repel.
Full Heal is available from the beginning.
Sacred Ash is available for P1000 after obtaining the second badge. Sacred Ash functions as a Max Revive for the whole party, but cannot be used in battle.
Consumable competitive items like Focus Sashes, Sitrus and Lum Berries, and Weakness Policies are available in standard Poké Marts. They may need a certain number of badges to unlock.
Premier Ball is now available in Poké Marts.
Honey is available in Poké Marts for P50. This will allow you to Horde Train without using Sweet Scent.
Prices of certain items has been adjusted, sometimes drastically. Only some price changes are listed here.
All Poké Balls and Repels cost 90% less.
All Vitamins cost P125.
Revive now costs P20,000. This is so that using Revives (in the form of Sacred Ash) outside of battle is perfectly fine, but using a Revive in battle to cheese a fight is something with a serious cost attached to it.
Full Restore now costs P7,000. The reasoning behind this is the same as behind the Revive. Unless you’re using it in battle, there’s no reason to use it over a Max Potion (or a couple Hyper Potions) and a Full Heal.
Slateport Market and other special shops now sell competitive items. Notably, the Leftovers, Eviolite, Rocky Helmet, Expert Belt, and Life Orb (among others) are available from the Incense Girl in Slateport City.
PP Up and PP Max are available in the Lilycove Department Store.