KineMaster is a videoediting app for iPhone, iPad, and Android. The program allows you to do all thebasic edits (add text, background music, images and more) to which you’reaccustomed but also provides more advanced features (audio filters, videoeffects, 3D transitions) that lets you take your video skills to the nextlevel. While KineMaster doesn’t have a version available for Windows PC, thereare other solid alternatives available. Here are the top 5 programs you shouldknow.

Once you open up Movavi, you’ll know exactly what to do thanks to the drag-and-drop interface that it sports. With its natural and intuitive design, you’ll simply drop your media files in and get to work by trimming and cutting them to the exact lengths you need. The transitions, titles, and special effects that are available are instinctive and also make your video look top-notch, which is why it’s the perfect KineMaster alternative. This video editor is an all-purpose tool that’s available in multiple languages and has lots of ready-made tools and templates so you don’t have to from scratch. Whether you’re looking to share YouTube videos or post on your Facebook with family and friends, this program offers great editing tools.

Keyfeatures: Unlimited video/audioediting tracks, compatible with the ultra-high-definition 4K video resolution,price-to-feature ratio best of all the applications we reviewed

This is for anyone outthere who is looking for a more basic take on editing, and basic isn’t a badthing. Sometimes, you’re just not looking for those advanced, 360-degree videoedits (looking at you, CyberLink PowerDirector). VideoPad provides the basictimeline work layout, which most people love. It’ll also give you the best bangfor your buck in terms of unlimited editing of video files and audio tracks,video stabilizer, and 4K video resolution. Yet, it does come with its limitations,and you’ll have to build every video you make from scratch. This isn’t aprogram that provides themes or templates, which doesn’t make it the most idealfor beginners. It’s also deemed “best value” for a reason. Again, you won’t getthe 360-degree or multi-cam editing capabilities that PowerDirector has, butit’s still a good place to start! As an alternative, this program features alot of its more essential benefits.

Camtasia is the ultimatescreen recorder turned editing platform. Just like KineMaster, you can recordand edit right within the platform which is why it’s a good alternative. Ifyou’re planning on recording directly on your computer with its audio and videocapabilities, this will be your go-to. Webcam footage isn’t known to beespecially high-quality so you can ensure that tutorial videos or YouTubecontent is optimized with proper editing. Camtasia also allows you to addPowerPoint to supplement that content. This type of format is a must-have forconference speakers and college professors. Don’t let your equipment hold youback when you need to capture, edit, and post a presentation!

The free version thatDaVinci Resolve 15 has been said to rival other editors that you have to payfor (what’s could be better than free?) You can upgrade beyond the free trialfor a fee that’s comparable to other editors. Those features primarily include3D and ResolveFX tools. Quality is never compromised with this program, even ifyou’re looking for 4K Ultra HD and 60 frames per second. You’ll have access toall the visual effects, motion graphics, color correction, and audio editingthat you could want and need. View everything on a multi-track timeline, orhowever you like it as the interface is customizable. Best of all, you can getDaVinci Resolve 15 on Mac or Windows, which means it’s a great way to upgradeyour editing software and skills no matter how long you’ve been at the videoediting game.

Looking for an advancedalternative to Kinemaster? You’ve met your match. CyberLinke PowerDirectorisn’t necessarily the go-to editing program for beginners, but there’s a reasonfor its complexity. It makes your videos look like they’re straight from Hollywood.If you want your work to be taken seriously, then this is the program to use.PowerDirector also allows you to edit 360-degree video which is a bigdifference from standard video editing. You’ll be stitching clips together andneed the support of a solid program for a variety of file formats. Now, if thisall sounds a bit foreign to you, don’t worry. There’s plenty of tutorials outthere that can help you get started but know that this one isn’t a beginner oreven intermediate editing program. It takes time to learn to use, and there’salso no Mac version of this software.

AlthoughKineMaster might be your top choice when using iPhone, iPad or Android, youdon’t have to abandon top video editing techniques on your Window PC. The abovealternatives give you the ability to motion track, edit sound, split screen,and more, and many of these editors come at an affordable price. 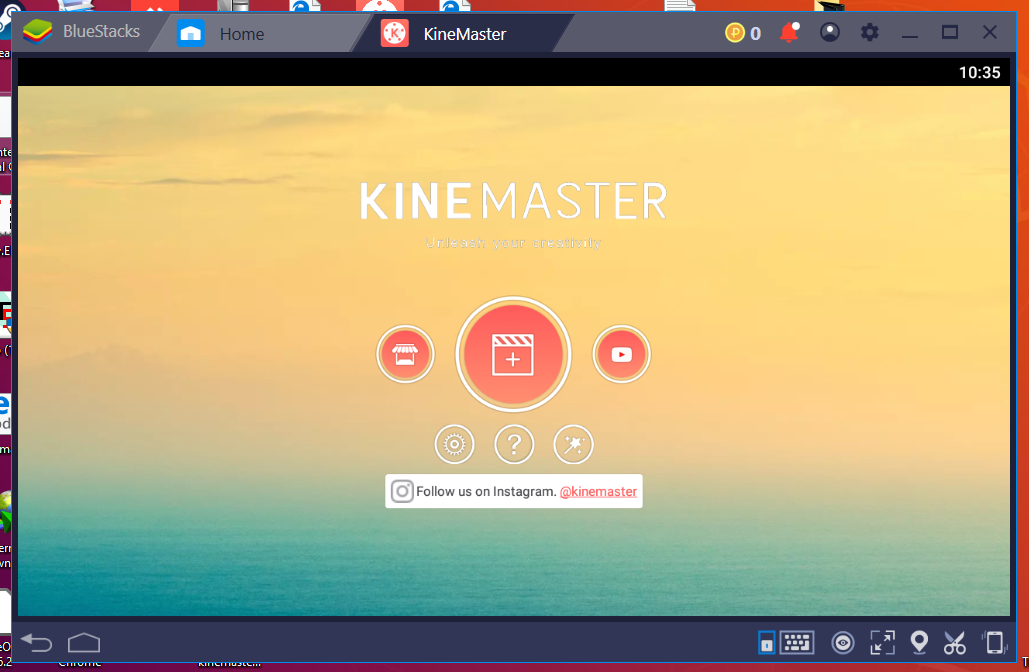 Hey, My name is Paul – nice to e-meet you 🙂 I’m a freelance video editor who has over 4 years experiences of making all types of videos. I founded this website to provide step-by-step and easy-to-follow instructions to first-time editors or beginners like you who want to start their journey in video editing.

Every professional video editor wants a video editor that they can install on android and PC or MAC. Most of them don’t like to edit videos on smartphones, but there is no official version of KineMaster MOD APK for PC. But we will discuss a few hacks to install KineMaster Mod on PC [Windows 7 / Windows 10] by installing some third-party software. Because no one wants to install complicated and heavy software, and they are difficult to use. Don’t explore other sites. Just click on the button below to download KineMaster Pro PC Version.

KineMaster Pro APK for PC has all premium features unlocked so you can edit your videos professionally. KineMaster Premium APK is easy to use with all professional editing tools to make your video batter and batter. In this post, we will give you a complete guide to installing the KineMaster Modded version on your PC so you can install it without any error. But before installing kinemaster pro on PC you have to install an emulator on PC, and below are some best emulators you can install.

There is no official version of kineMaster for Windows 7/8/8.1/10 or Mac PC. You need to install an emulator first. The list of emulators is below.
1- Install the emulator on PC
2- Click on the icon and open it. Add your google account.
3- Download and Install KineMaster from Play Store.
4- Open KineMaster on the PC/ Laptop, and it’s ready to use.
5- Done!!

Why Need to Use an Emulator to Run on PC?

Unfortunately, kinemaster is not available as software for PC, so you have to use alternate methods. One of the best methods is to use an emulator to run kinemaster App on a computer, PC, or Laptop. An emulator gives you access to all play store applications but on your pc instead. A few emulators people using these days are described below with reference to kinemaster.

On the top of the list is NOX player to run kinemaster on Windows PC and give you access to all pro features. Although this emulator is designed to run android games on pc but as I described above, an emulator allows you to run any application on pc, so you can use kinemaster for computer pc as well. So now you enjoy editing videos and photos on your pc using kinemaster.

How to install Kinemaster App on NOX Player?

Follow the easy steps given below to install both NOX Player and Kinemaster.
1- Download NOX player by following the link. (https://www.bignox.com)
2- Simply install the NOX like any other PC Application.
3- After compilation of NOX installation, run the NOX player.
4- A screen similar to your android will be displayed.
5-Now installing the kinemaster is similar to what you install on your phone.
6- Download kinemaster App from the Play Store or drag-drop the apk file.
7- Congrats! You can use kinemaster on your Windows PC now.

Bluestacks has a much more user-friendly interface and is easy to use on PC. The reason for its popularity is the fast rate of running android applications and games also. Bluestacks is among the initial emulators ever made to run android applications on pc. It has a clean dashboard to give both performance and amazing graphics. If you need an emulator to run Kinemaster on Windows PC, then Bluestacks is second on the list you can use without any interference. You will not face any problem while editing on pc using bluestacks.

Operating System: Windows 7,8,10, or Basic MAC OS.
Processor: minimum Dual-core Intel or AMD.
RAM: A minimum of 2 GB is enough, but 4GB is recommended.
Storage: 5 GB minimum will be enough.
GPU: Any NVIDIA or AMD will do the work.

How to install Bluestacks and Kinemaster on PC?

Just follow the below steps to install Bluestacks and then Kinemaster.
1- Download bluestacks from the link given. (https://www.bluestacks.com/)
2- Install the Bluestacks (.exe file).
3- After the installation, finish the setup and run the bluestacks.
4- An interface similar to android will be displayed.
5- Download Kinmaster from the play store or get the kinemaster apk from the link (Kinemaster apk).
6- Install and enjoy editing on PC.

Last but not least is the MEmu play emulator, which can be used to run kinemaster on pc. It is highly recommended if you meet the minimum pc requirements. Still, MEmu provides the best interface, performance, and graphics because it has emulator virtualization. Despite low system requirements, MEmu has the potential to run any application on the play store. Hence kinemaster will run on your pc without any lag or crash during the editing.

How to Install MEmu and Kinemaster on PC?

Follow the link to download MEmu. (https://www.memuplay.com/)
1- Install MEmu using a simple setup installation method.
2- Open the MEmu on completion of the setup.
3- Again, the same android screen will be displayed with a simple interface.
4- Look for the KineMaster in the Play store and install it.
5- Or download the Kinemaster mod apk from your browser and install it.
6- Enjoy the kinemaster pro video editor on pc.

Finally, Now you know how to install kinemaster mod apk on pc. Just follow the above steps, and we provide you with a proper guide to download and install KineMaster on PC or MAC. Now you can edit your videos professionally even if you don’t have a smartphone. Simply install kinemaster pro APK and dive into unlimited editing tools. 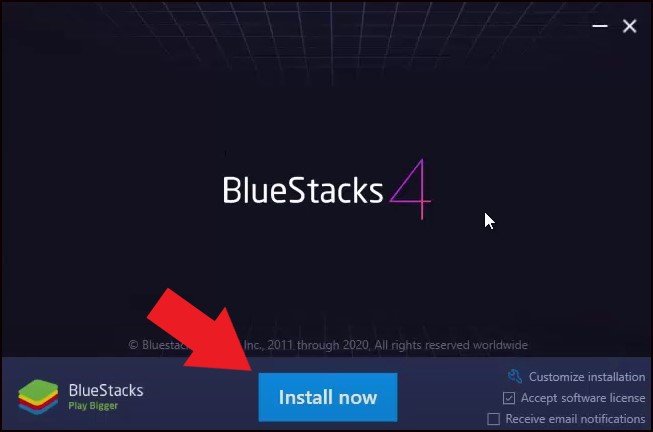